Red Flags: Why Xi's China Is In Jeopardy by George Magnus (video)

Magnus On China: You Can't Use Your Spreadsheets Anymore

George Magnus, former Chief Economist at UBS and author of the recently published “Red Flags: Why Xi’s China Is in Jeopardy,” discusses the panoply of political and economic risks arrayed against China and its leader Xi Jinping: Ballooning debt, political instability, a demographic time-bomb, and the ever-looming threat of declining growth and a weakening currency. Filmed on September 27th, 2018 in London, Real Vision video above published Oct 3, 2018. 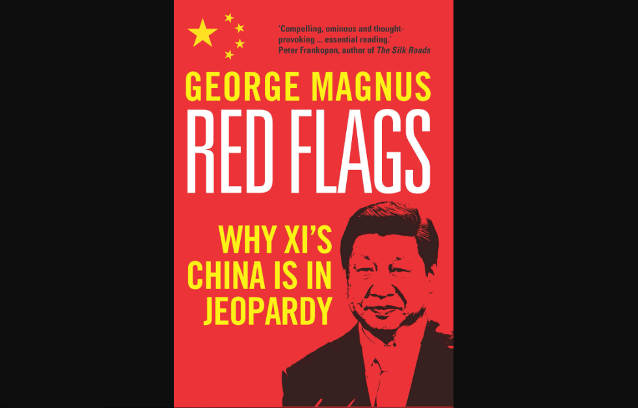 Deleveraging China will be a 'tricky challenge' for Xi Jinping


Xi’s bridge too far: "It looks like the world’s longest bridge will become a white elephant. The case for Xi’s bridge doesn’t add up. Before too long, Hong Kong will be just another large Chinese city"--George Magnus.

In his latest book, Red Flags: Why Xi’s China is in Jeopardy, veteran economist and commentator George Magnus examines the structural weaknesses in China's economy and argues how a failure to reform could stunt its long-term aspirations.https://t.co/1QJxN8v9bp
— ChinaEconomicReview (@chinaeconreview) November 23, 2018