Is Mark Zuckerberg The 'Most Dangerous Person’ In The World? (video) 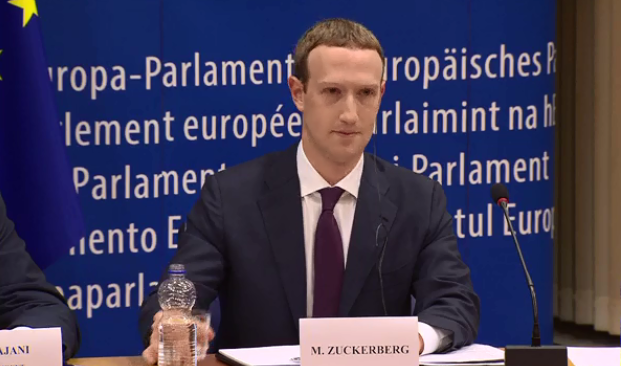 Note: On Tuesday, May 22, Zuckerberg meets with members of the European Union Parliament. The appearance reportedly will be livestreamed here 18:15 to 19:30 in Brussels which means it starts in the U.S. at 12:15 EDT and 9.15 a.m. PDT.

I have personally discussed with Facebook CEO Mr Zuckerberg the possibilty of webstreaming meeting with him. I am glad to announce that he has accepted this new request. Great news for EU citizens. I thank him for the respect shown towards EP. Meeting tomorrow from 18:15 to 19:30
— Antonio Tajani (@EP_President) May 21, 2018 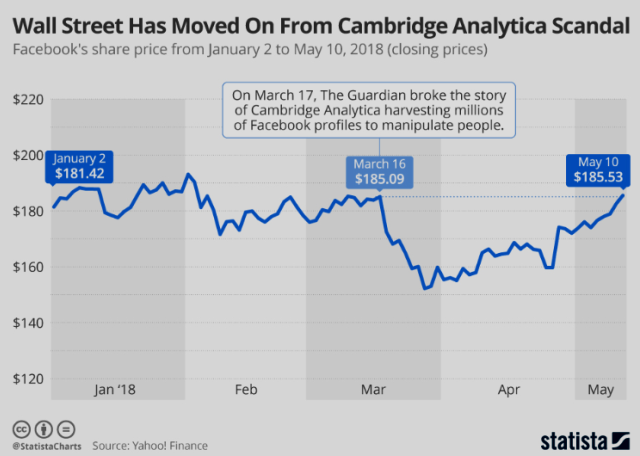 Source of chart above: Statista.com

What happened to Facebook's plan to wire the world? via @jessiwrites https://t.co/GUoCN1QXxG
— Scott Galloway (@profgalloway) May 19, 2018