China is offering a new version of the internet. This new vision combines sweeping content curbs with uncompromising data controls. It’s called Cyber Sovereignty and it’s already spreading to other countries around the world. Bloomberg.com video above published June 10, 2019. 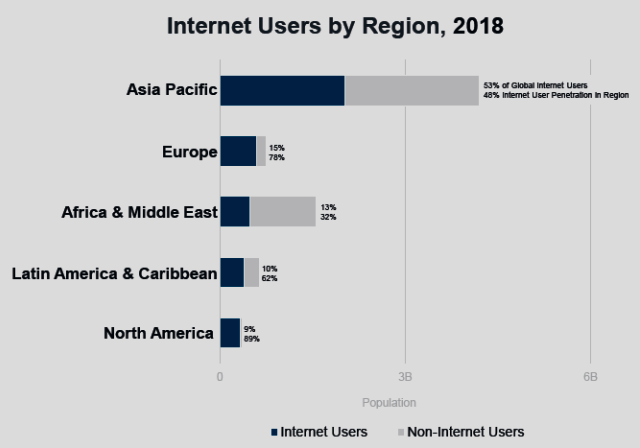 ICANN Articles of Incorporation: "... The Corporation shall operate in a manner consistent with these Articles and its Bylaws for the benefit of the Internet community as a whole, carrying out its activities in conformity with relevant principles of international law and international conventions and applicable local law and through open and transparent processes that enable competition ..."

ICANN Bylaws: "ICANN shall not apply its standards, policies, procedures, or practices inequitably or single out any particular party for disparate treatment unless justified by substantial and reasonable cause, such as the promotion of effective competition."

"ICANN was created through an express transfer of powers and authority from the United States
government. While this express transfer included the powers and authority necessary to oversee
the secure and stable operation of the Internet’s DNS, the transfer did not include the power,
authority, or expertise to act as a competition regulator by challenging or policing transactions
and conduct that could be deemed anticompetitive."--ICANN Board Member and Neustar former employee, Becky Burr, infra, at p. 10, May 31, 2019, in Afilias v. ICANN IRP (emphasis added).

Editor's note: if Becky Burr (a/k/a J. Beckwith Burr) is right, the competition provisions in ICANN's articles and bylaws (see above) are essentially meaningless, and ICANN is fatally flawed and should therefore be replaced by the global internet community forthwith, remembering the competition advice that was given to ICANN (via NTIA) by the U.S. Department of Justice Antitrust Division in 2008, but which ICANN disregarded in favor of its own ill-conceived and corrupt new gTLDs program full of anti-competitive provisions.

"Let’s face it, the Internet is a utility and so are the corporations who control it ... Technology needs to be regulated."--Alan Patricof, longtime innovator and venture capitalist, April 30, 2019.

Exhibits to ICANN's Response below (basis for redactions):
Burr statement excerpt (p. 12): "No policy, precedent, or authority permits ICANN, based on competition concerns, to block Verisign from acquiring the rights to operate .WEB or to second-guess the judgment of the DOJ – the ultimate competition regulator in the United States – in determining not to act following its own expert and thorough investigation."
Carlton report excerpts (pp.9-12): "Applicants have collectively spent several hundred million dollars to become the operators of these new gTLDs. From 2013 to 2017, applicants spent a total of $294.6 million in new gTLD application fees, paid another $240.6 million for winning public auctions (including the .WEB auction), and expended many millions more in privately resolved contention sets. While I understand that ICANN does not have precise information about the sums spent in private resolutions, existing information suggests that the number is substantial. For example, one publicly-traded registry operator has disclosed that it has received over $50 million from losing private auctions."(pp.9-10) .... there exists evidence suggesting that an Afilias-operated .WEB is not likely to cause Verisign to reduce its already relatively-low .COM price below the regulated level." (p.12)
See also on DomainMondo.com

From the EPDP public mail list:
"... I wanted to offer a thought that I hope will not be received as negative. A lot of the work that our group is doing cannot only be characterized as the community’s policy work, but it is in fact ICANN’s (org) compliance. Looking at the cost of becoming compliant, the easiest way to save money is to use synergies. We have asked in the past whether ICANN has written a record of processing activities, carried out DPIAs, asked for legal advice on related aspects etc. To my knowledge, we have not been provided with any such documentation. To be clear, it would be extremely helpful for our group to be able to review existing documents. Even though if our group might hold different views on certain questions, any existing work products would expedite our work. Maybe there are documents in the making, in which case we could build our workplan around potential delivery dates to be able to benefit from such work products. If there is actually no documentation already, it would be good to get clarity around that, too, and we could try to work so that duplicate efforts of the org and our group can be avoided, i.e. so that the org can benefit best from the legal advice we are seeking. Either way, when looking at where the money shall come from, I think it would be fair not to consider expenditures as the community’s policy making only, but as part of ICANN’s overall compliance activities. I hope this helps."--Thomas Rickert (ISPCP) (emphasis added).

What's ahead? EPDP meetings will be at ICANN65 in Marrakech, Morocco, June 25 and June 27.

a. Trademarkia's trademark infringement complaint against LegalZoom: LegalForce Inc., d/b/a Trademarkia.com, alleges LegalZoom bought the domain name LegalZoomTrademarkia.com in 2012 and from 2014 to 2018 used it to direct people to LegalZoom.com.

c. Kaddish.com: not long after Nathan Englander’s latest novel "kaddish.com" was published in March, someone actually developed the domain name kaddish.com offering mourners the same services as described in Englander’s book, and the author, reportedly thrilled, said, "The concrete joy of dreaming something up and as soon as it goes into the world, seeing someone actualize it, was purely joyous to me.” Turns out that the person behind the website kaddish.com, is a 65-year-old Orthodox lawyer from New Jersey, who said he registered the domain name 22 years ago after his father passed away, but it wasn’t until he read Englander’s “terrific” book, that he decided to develop and launch the website. Read more here.

The Clock runs down for passage of any (U.S.) federal privacy legislation this year--axios.com.

What Is a DNS Leak? A DNS Leak can compromise your online privacy and security. How to Check, Test & Fix? See this comprehensive guide which explains what DNS leaks are, what causes them, and how to prevent or fix them. Also: ipleak.net.
•
5) Most Read this past week on DomainMondo.com: