UPDATES on all Atlantic Tropical Cyclones & Disturbances at nhc.noaa.gov

A Look Back at the 2019 Hurricane Season: 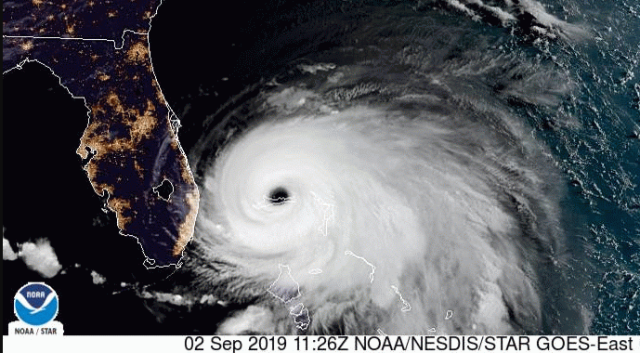 Above Sep 2, 2019: Category 5 Hurricane Dorian over Grand Bahama Island, threatening Florida, before turning and moving northward, offshore Florida's east coast. On Sunday, Sep 8, 2019, Dorian weakened to less than "hurricane-force winds" over the North Atlantic. Dorian's cumulative wind history (graphic opens in new tab / window). The 2019 Atlantic hurricane season was above normal with 18 named storms, 6 hurricanes, and 3 major hurricanes of which Dorian was the most powerful with maximum winds of 185 mph  (298 kph). More here.


“He knew too what it was to live through a hurricane with the other people of the island and the bond that the hurricane made between all people who had been through it. He also knew that hurricanes could be so bad that nothing could live through them.”― Ernest Hemingway, Islands in the Stream