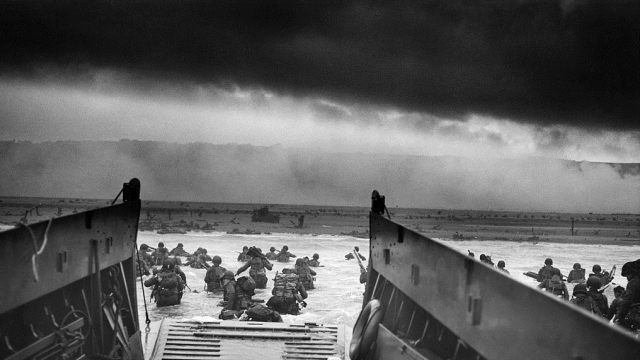 See also First Wave at Omaha Beach--theatlantic.com: an account of the “epic human tragedy” that unfolded when Allied troops landed on the shores of Normandy on D-Day.

D-Day 75th Anniversary: The story of the longest day

FRANCE 24 (English) video above published Jun 5, 2019: "This week, the world is marking the 75th anniversary of D-Day... the beginning of the end of World War 2. On June 6th, 1944, more than 150,000 British, American and Canadian troops stormed the beaches of Normandy.  It was a  dramatic bid to free France from the Nazis with the biggest combined land, air and naval operation in history. France24 takes a closer look at the strategy and intricate preparation it took to prepare the Normandy invasion but also the effect it had on the thousands who took part."


LIVE coverage, including from the American cemetery of Colleville-sur-Mer where over 10,000 people will attend the #DDay75 commemorations, on June 6, 2019 [video no longer available]. See also list of events at dday-anniversary.com.

D-Day, June 6, 1944: the Allied invasion of Normandy in Operation Overlord, codenamed Operation Neptune, and referred to as D-Day, it was the largest seaborne invasion in history. The operation began the liberation of German-occupied France from Nazi control, and laid the foundations of the Allied victory on the Western Front in Europe in World War II. More than 150,000 allied troops landed by sea and air in Normandy:
Normandy, France: