1)  A Red Flag in ICANN Financial Disclosures?
ICANN filed its Form 990 [PDF, 5.54 MB] for its FY16 fiscal year (ending 30 June 2016), with the Internal Revenue Service on 12 May 2017 in compliance with the extended due date of 15 May 2017. Form 990 is ICANN's annual disclosure (a year after) of who's been a "domain hog"-- the highest paid contractors and employees at ICANN as well as directors' compensation -- no real surprises except one potential "red flag." How much was paid by ICANN to the ICANN Chairman's corporation Shinkuro, Inc.? That amount appears to be completely missing and unreported. For example, unless you read the entire Form 990 closely (reproduced below), one would think ICANN Chairman Steve Crocker was not taking any compensation or remuneration as a Director:

Not reportable? Is Shinkuro Inc., also a contractor for ICANN? How much has Shinkuro been paid each fiscal year since Crocker joined the ICANN Board in 2008?

"No part of the net earnings of the Corporation shall inure to the benefit of or be distributable to its directors, trustees, officers, or other private persons, except that the Corporation shall be authorized and empowered to pay reasonable compensation for services rendered and to make payments and distributions in furtherance of the purposes set forth in Article II hereof."--ICANN Articles of Incorporation 2. IV. d.

Is this setting a bad precedent for a corporation (ICANN) that claims to be transparent and accountable? What if every ICANN director decided to have their ICANN compensation paid to their personal corporation--would that also become unreportable? Is Shinkuro only being paid $75,000 (ICANN Chair's authorized compensation), something less, something more?  ICANN needs to disclose.

a. New gTLDs a Legal Racket or Consumer Scam? (see page 6 of my comment below)--CCT-RT: Comments closed Friday on Competition, Consumer Trust and Consumer Choice Review Team Draft Report of Recommendations for New gTLDs. I submitted a comment which you can read here (pdf) or embed below. All the other comments may be be read here. I tried to give honest feedback, incorporating quotes and links from many sources, even many of the recent prolific tweets by @DomainKing: 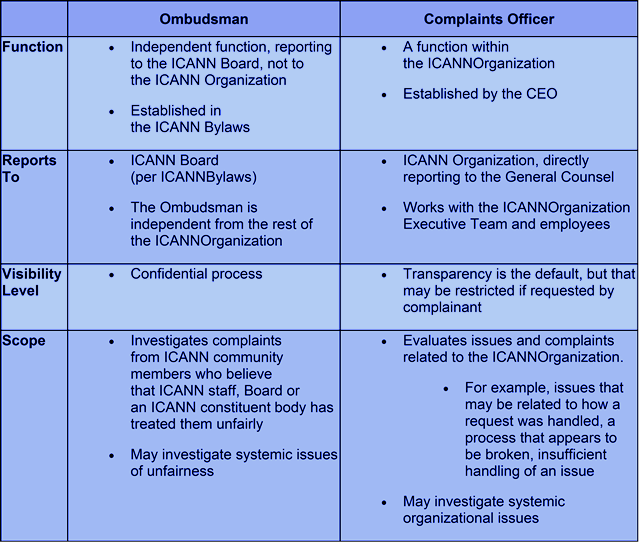 d.  ICANN Registration System Email Validation | ICANN.org: "As part of an ongoing process to improve the security of our web applications, the ICANN Registration website will now require that all potential meeting participants verify their email address to complete the registration process ..."

e. CCWG-Accountability-WS2 Request to Chartering Organizations for an Extension of Its Work for All of FY18: ccwg-acct-ws2-chartering-org-fy18-extension-request-18may17-en.pdf (pdf) 18 May 2017.

•  GoDaddy Inc.  (NYSE: GDDY) To Present At The 45th Annual JP Morgan Technology Media And Telecom Conference: Scott Wagner, Chief Operating Officer, and Ray Winborne, Chief Financial Officer, will present at the 45 [th] Annual J.P Morgan Technology, Media and Telecom Conference in Boston on Tuesday, May 23, 2017 at 3:00 p.m. EDT. A live audio webcast of the event will be available on GoDaddy's investor relations website at https://investors.godaddy.net. Following the presentation an audio replay will be available on the investor relations website.

•  Rightside Group, Ltd. (NASDAQ: NAME), announced that the Company's CEO, Taryn Naidu, and CFO, Tracy Knox, are scheduled to present at the 18th Annual B. Riley Co. Investor Conference at the Loews Santa Monica Beach Hotel, Santa Monica, CA on Wednesday, May 24, 2017 at 2:30 p.m. PDT. Rightside management will also be conducting one-on-one institutional investor meetings at the conference. The presentation will be available through a live audio webcast accessible from the Investors section of Rightside's website at investors.rightside.co. An archived replay of the webcast will also be available for 90 days following the live presentation.