"Reverse domain name hijacking [RDNH]
Rule 1 defines reverse domain name hijacking as “using the Policy in bad faith to attempt to deprive a registered domain name holder of a domain name”.  See also Rule 15(e).
“[A] finding of [RDNH] is warranted if the Complainant knew or should have known at the time it filed the Complaint that it could not prove one of the essential elements required by the Policy. [. . .] [S]uch a finding is particularly appropriate where the Respondent’s registration of the domain name predates the very creation of the Complainant’s trademark.” carsales.com.au Limited v. Alton L. Flanders,   D2004-0047 (WIPO April 8, 2004) (citing Futureworld Consultancy (Pty) Limited v. Online advice,  D2003-0297 (WIPO July 18, 2003)). Ordinarily if the face of the complaint itself demonstrates a settled reason why the complaint must be denied, a panel may make a finding of RDNH. See Liquid Nutrition Inc. v. liquidnutrition.com/Vertical Axis Inc.,  D2007-1598 (WIPO January 28, 2008) (finding RDNH where the Claimant alleged its first use of the mark was four years after the domain name had been registered).See also Scene LLC, dba Ookla v. Domain Buyer / Innovation HQ, Inc. FA1411001590403 (Nat. Arb. Forum Jan. 7, 2015)  . . . .  the Panel concludes that Complainant knew it could not prove bad faith registration of the <beautifulpeople.net> and <beautifulpeople.com> domain names, knew of Respondent’s unassailable legitimate interests in the domain names and nevertheless brought the Complaint in bad faith. Accordingly, the Panel finds Complainant to have engaged in Reverse Domain Name Hijacking." 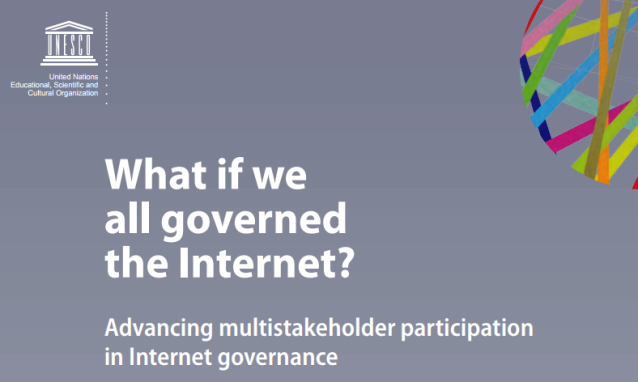 a. UNESCO launches a new study on internet governance | unesco.org: "Published as part of UNESCO’s Internet Freedom Series ... The research was supported by ICANN and The Internet Society (ISOC), and written by Anri van der Spuy ... The literature and the case studies indicate that the reality of multistakeholder participation is sometimes challenged by issues that relate to the nature of the Internet itself – including jurisdiction and enforcement, scale, and the pace at which it changes and grows – as well as the governance model being used. Some of the questions that arise are:

"... we believe that compliance with the GDPR will have an impact on the WHOIS system, and thus the domain name space. The purpose of the current community discussions and legal analysis that we are undertaking is to determine the scope of the impact. As a community, we need to work together to find the right balance between the current WHOIS services and compliance with local laws ..."--14 Nov 2017 Letter from ICANN (Akram Atallah & Theresa Swinehart) | ICANN.org (pdf) (emphasis added).


"... The restoration efforts following Hurricane Irma severely depleted PREPA’s recovery and repair supplies ... As Hurricane Maria approached Puerto Rico, PREPA prepared for the possibility of unprecedented damage. For context, we noted that it took about six months to restore power to the entire island after [category 3] Hurricane Hugo in 1989, at a time when PREPA had approximately 4,000 additional employees and the electric system was in less disrepair. [Category 4] Hurricane Maria hit Puerto Rico on September 19 and 20, 2017. The storm passed directly down the entire length of the island ... As the front of Hurricane Maria hit Puerto Rico on September 19, the electric grid began to fail. Around 8:00 p.m. that evening, transmission lines began to experience cascading failures. At approximately 2:00 a.m. on September 20, the last transmission line failed ... The damage assessment confirmed that PREPA’s entire grid suffered severe damage. Hurricane Maria inflicted sustained winds around 155 miles per hour, with gusts exceeding 200 miles per hour, far more than much of PREPA’s infrastructure was designed to withstand ... Since the passage of Hurricane Irma and Hurricane Maria, the employees of PREPA and the thousands of workers who have come to Puerto Rico to assist us have worked tirelessly to restore power and begin the recovery process. We have made significant progress, but much more remains to be done. We are working hard toward meeting the Governor’s directive that 95% of the island must have its power restored by December 15, 2017."

See also: Puerto Rico Bond Prices Plunge Below Venezuela's On Moratorium Fears--Bloomberg.com reports [Nov 15, 2017] Puerto Rico may suspend debt-service payments for five years, a lead lawyer for the territory’s federal [U.S.] oversight board said, in the first indication of how the devastation caused by Hurricane Maria will affect the restructuring of the island’s debt.--ZeroHedge.com.

•   The 2 Best Tools On The Web To Find A Domain Name to Hand Register:

• GoDaddy $GDDY: Marta Nichols, GoDaddy (NYSE: GDDY) Chief of Staff, will present at the Barclays Global TMT Conference in San Francisco on Thursday, December 7, 2017 at 10:00 a.m. PST. A live audio webcast of the event will be available on GoDaddy's investor relations website investors.godaddy.net. Following the presentation an audio replay will be available on the investor relations website.


"Combosquatting differs from its better-known relative, typosquatting, in which adversaries register variations of URLs that users are likely to type incorrectly. Combosquatting domains don’t depend on victims making typing errors, but instead provide malicious links embedded in emails, web advertising or the results of web searches. Combosquatting attackers often combine the trademarked name with a term designed to convey a sense of urgency to encourage victims to click on what appears at first glance to be a legitimate link."--“Combosquatting” Attack Hides in Plain Sight to Trick Computer Users | gatech.edu.


"A trade name shall be protected in all the countries of the Union without the obligation of filing or registration, whether or not it forms part of a trademark."

U.S. Treasury Secretary Steven Mnuchin: "Nobody Thinks Russia Had An Impact On The Election."

China says internet must be 'orderly': Ren Xianliang, vice minister of the Cyberspace Administration of China (CAC): “We should not just make the internet fully free, it also needs to be orderly... The United States and Europe also need to deal with these fake news and rumors” Ren told journalists without elaborating."--Reuters.com.

Freedom on the Net 2017 | FreedomHouse.org:"For the third consecutive year, China was the world’s worst abuser of internet freedom, followed by Syria and Ethiopia.  In Ethiopia, the government shut down mobile networks for nearly two months as part of a state of emergency declared in October 2016 amid large-scale antigovernment protests ... New restrictions on virtual private networks (VPNs): 14 countries now restrict tools used to circumvent censorship in some form and six countries introduced new restrictions, either legal bans or technical blocks on VPN websites or network traffic.".

•  Quiet battle for control of the internet: OpenDemocracy.net: "The recent and intensifying push by governments to promote a concept of “digital sovereignty” ... China, the world’s most sophisticated online censor, will host the fourth iteration of its Wuzhen Summit this December. The Wuzhen Summit is China’s attempt to create an alternative to the Internet Governance Forum (an annual multi-stakeholder forum for global policy dialogue on internet governance issues) that reflects its state-led vision for the future of the internet." See also Amazon sells off China cloud assets as tough new rules bite | Reuters.com.


Who Controls the Internet? Facebook and Google Dominance Could Cause the 'Death of the Web' | newsweek.com.

•  TPP: Despite A Victory on IP, the TPP's Resurgence Hasn't Cured Its Ills | Electronic Frontier Foundation | EFF.org: "the TPP was, and remains, a bad model for Internet regulation."

•  Cybersecurity: Qihoo 360 chairman: "[Cybersecurity] is a very special industry, no matter if it’s Chinese or Russian or American, as long as a cyber security firm grows big enough, it needs to be aligned with national interests.”  See also Security Breach and Spilled Secrets Have Shaken the N.S.A. to Its Core | NYTimes.com Nov. 12, 2017: "A serial leak of the agency’s cyberweapons has damaged morale, slowed intelligence operations and resulted in hacking attacks on businesses and civilians worldwide."

5) Top 5 Most Read posts (# of pageviews Sun-Sat) this past week on DomainMondo.com:

1. News Review | Warning To dotBRANDS & Moment of Truth at ICANN60