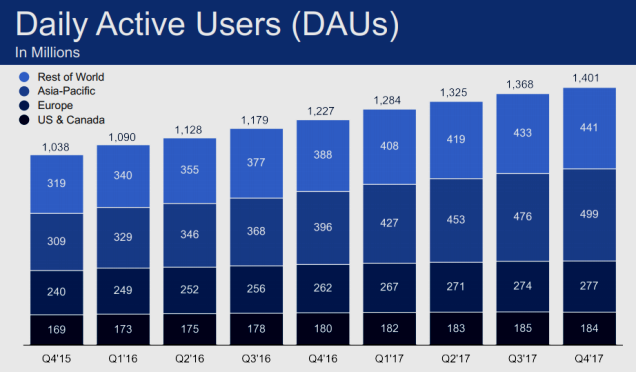 Facebook with its Messenger, WhatsApp, and Instagram, owns four of the world’s largest social media / messaging services. Facebook alone is used by more than 2 billion people per month and both WhatsApp and Messenger also passed the billion-user milestone in 2016.