Critics of the U.S. government’s decision to give up oversight of internet technical functions (IANA transition) were worried that the Internet Corporation for Assigned Names and Numbers (ICANN), which manages the global domain name system (DNS), would not be accountable to the global internet community, which includes new gTLD (new generic top-level domains) applicants.

Lack of predictability has been the main concern with ICANN’s new gTLDs' application process, Flip Petillion, a partner at Crowell & Moring LLP (domain: crowell.com)  in Brussels and co-chair of the firm's top-level domain and domain name practice, told Bloomberg BNA in the latest episode of the Code & Conduit podcast. Petillion said independent panels have rendered conflicting decisions over whether domains such as .car and .cars are confusingly similar.


“Although ICANN has reacted positively in response to certain individual complaints regarding inconsistent determinations on string confusion, it has failed to address the underlying reason for the inconsistencies in the determinations and it has refused to intervene in the majority of cases,” Petillion said.

Petillion discusses the steps ICANN has taken since the oversight transition to address these concerns and some of the remaining challenges.

Petillion's book: Competing for the Internet: ICANN Gate - An Analysis and Plea for Judicial Review Through Arbitration 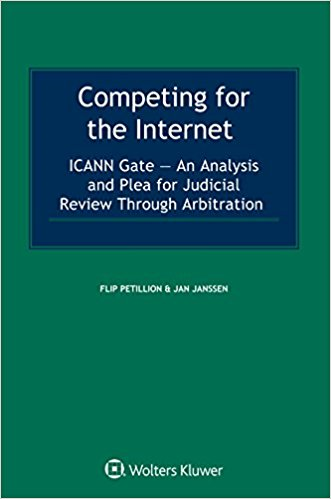