Twitter, Inc., follows the conversation about the earnings announcement on Twitter. To have your questions considered during the Q&A, Tweet your question to @TwitterIR using #TWTR. To listen to a live audio webcast, please visit the company’s Investor Relations page at investor.twitterinc.com. Twitter has used, and intends to continue to use, its Investor Relations website and the Twitter accounts of @jack, @twitter and @TwitterIR as means of disclosing material non-public information and for complying with its disclosure obligations under Regulation FD. See also on Twitter $TWTR.
Tweets by TwitterIR 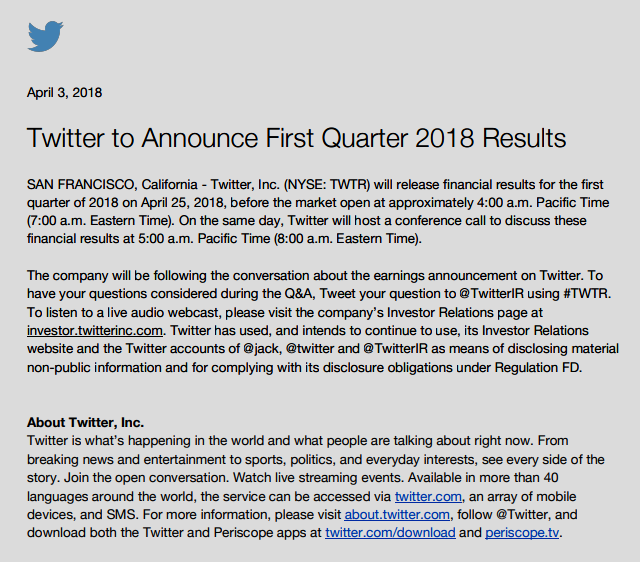