News Review: $4 Trillion Worth of New Internet Companies by 2025 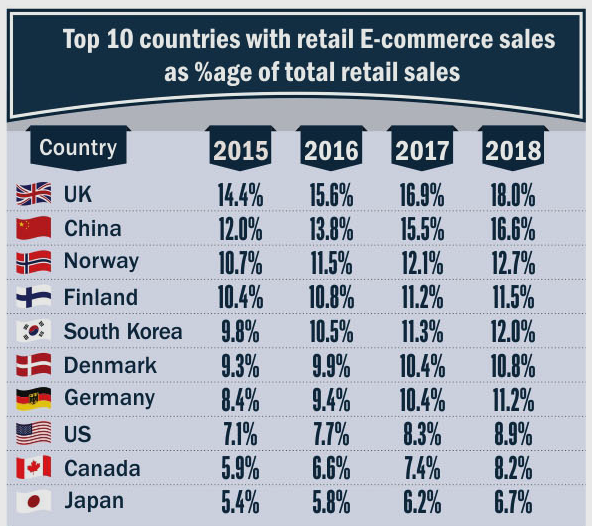 Accountability & Transparency:
The more power you hold, the more accountable you need to be ... Accountability and transparency means you are able to reassess your conclusions ..."--HackerNoon.com.

One Reason Why ICANN Consensus Policy-making Is Failing the Global Internet Community: There’s no good way to kill a bad idea | Quartz | qz.com: "Blackford blames the momentum behind bad ideas on cascade effects. Yes, individuals are prone to making poor decisions for emotional or biased reasons (known as “cognitive heuristics”) and this irrationality is part of the problem. But there’s also a broader sociological issue, in that others’ opinions carry a huge amount of weight in influencing our views. A cultural consensus—even without proper evidence—can form pretty quickly." 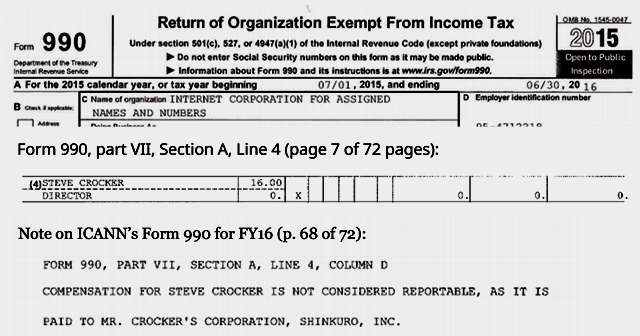 Still no substantive response from the ICANN CFO to my email of May 28, 2017, re: compensation of Steve Crocker, ICANN Board Chairman, paid by ICANN to Crocker's personal corporation Shinkuro, Inc., and not reported on the ICANN FY16 IRS Form 990 (see last week's post Holding ICANN Accountable, A Personal Sojourn Into ICANN Dysfunction for more).

With the help of the ICANN Ombudsman and Complaints @ICANN.org, ICANN finally provided an "answer" to one of the questions I submitted on April 26, 2017, to the ICANN President & CEO, ICANN Chairman (& Board), and ICANN GDD President, in connection with the ICANN Quarterly Stakeholder Call on April 27, 2017, see last week's Holding ICANN Accountable, A Personal Sojourn Into ICANN Dysfunction. The ICANN "answer" to that one question which ICANN had been evading since April 27, 2017, is a Letter from Cyrus Namazi to John Poole (editor of Domain Mondo), published by ICANN 08 June 2017, in response to my email of June 2, 2017. Bottom line: ICANN never responded to the December 2008 correspondence from NTIA and the U.S. Department of Justice Antitrust Division which stated:


“ICANN is obligated to manage gTLDs in the interests of registrants and to protect the public interest in competition. ICANN appears to have assumed that the introduction of new gTLDs necessarily will enhance competition and promote choice and innovation, without offering any evidence to support that assumption .... The Division makes two specific recommendations. First, ICANN’s general approach to new gTLDs should be revised to give greater consideration to consumer [registrant] interests. ICANN should more carefully weigh potential consumer harms against potential consumer benefits before adding new gTLDs and renewing new gTLD registry agreements. Second, the RFP process and proposed registry agreement should include provisions that would enable ICANN to constrain new registry operators from exercising market power. In particular, ICANN should establish competitive mechanisms for authorizing new gTLDs and renewals of gTLD registry agreements whereby prospective gTLD operators would compete for gTLDs by proposing registry terms – including maximum fee schedules – that would provide consumer [registrant] benefits.”

d. FCC Commissioner Michael O'Rielly Blasts IANA Transition:   Foreign governments want control over the internet | UnionLeader.com May 24, 2017: "... so-called experts who argued that even a minimalist U.S. government role, designed to preserve internet freedom, was upsetting to foreign nations, and therefore no longer sustainable in the global community. Instead, they said that if the U.S. terminated involvement in ICANN and ceded our sound principles a bit, authoritarian governments would back off their continued push for more internet government regulation and control. These views eventually won the day, leading to the U.S. government terminating its ICANN relationship in October 2016. At the time, those who challenged the ICANN deal — of which I was one — were in favor of a true multi-stakeholder approach, not the questionable one being adopted. We argued that there were insufficient mechanisms to prevent authoritarian governments from filling the void in ICANN when the U.S. relinquished its former role. Equally important, every indication cried out that the transition was being rushed, and highly unlikely to dissuade the efforts of other governments seeking more control over the internet in other settings. Since a reconstituted ICANN was approved, it only seems appropriate to assess whether the appeasement strategy worked. Not shockingly, it doesn’t seem to have done so. Foreign governments have, in fact, renewed their disturbing calls for government control of the internet via a number of forums, such as the United Nations. Consider just three recent instances .... In the short time since ICANN was transitioned to its new structure, there have been multiple plans and proposals by governments to directly involve UN entities in internet governance. It is fair to say that we got the short end of the stick, as our fancy strategy didn’t appease anyone." (emphasis added)

Friday's sell-off in tech stocks appears to have been sparked by a report from Goldman Sachs chief investment officer Robert Bouroujerdi warning of growing risks on five leading tech stocks :


"Five companies poised to dominate disruption – Facebook, Amazon, Apple, Microsoft and Alphabet [Google] – have added a total of $600 billion of market cap this year or the equivalent GDP of Hong Kong and South Africa combined." 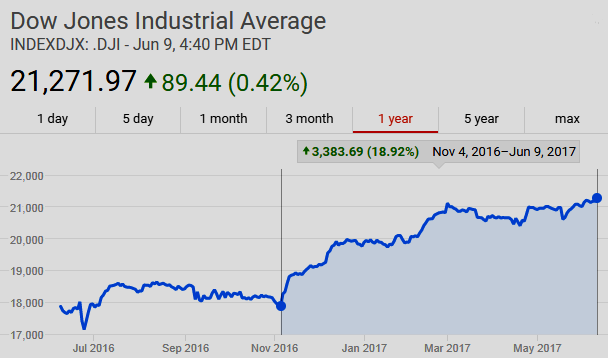 “If you aren’t willing to own a stock for 10 years, don’t even think about owning it for ten minutes ... You need to divorce your mind from the crowd. The herd mentality causes all these IQ's to become paralyzed. I don't think investors are now acting more intelligently, despite the intelligence. Smart doesn't always equal rational. To be a successful investor you must divorce yourself from the fears and greed of the people around you, although it is almost impossible.”--Warren Buffett