UPDATE June 9: Conservatives lost 12 seats but remain the largest party, with Labour gaining 29 seats, and both parties winning seats from the Scottish National Party (SNP) which lost 21 seats. PM Theresa May to form a new government with the DUP, according to Sky News | sky.com: 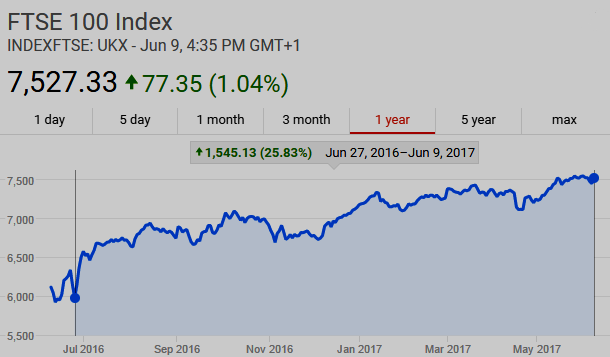 Video above published May 24, 2017: Prime Minister Theresa May has brought forward the UK's next general election. The FT.com's Henry Mance explains why and how the country votes for its government.