The accrued $2.7B EU antitrust fine shaved over $2.7B off operating income, nearly halved net income to $3.5B, and reduced EPS from $8.90 to the $5.01 that still beat consensus according to SeekingAlpha.com. 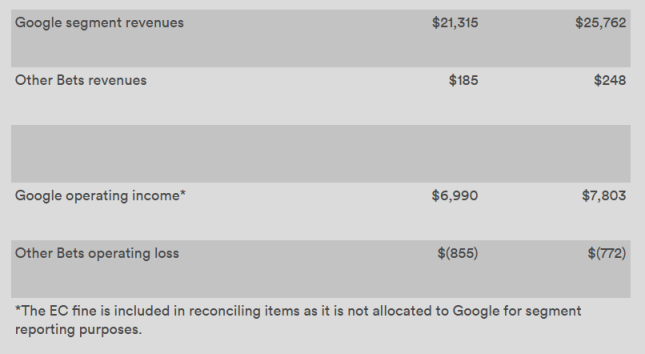 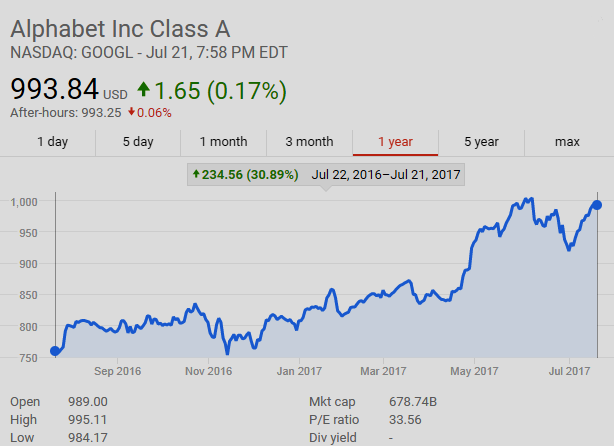 Alphabet Inc. is an American multinational conglomerate created in a corporate restructuring on October 2, 2015. It is the parent company of Google [principal domain: google.com] and several former Google subsidiaries. Most of Alphabet's revenue and all of Alphabet's net income comes from Google as of Q1 2017.