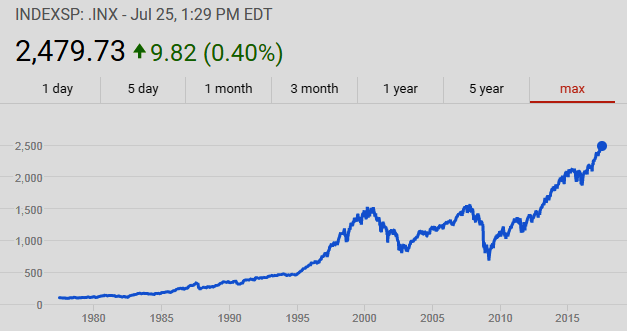 Video above published Jul 20, 2017, by FT.com: The crash of tech stocks after dotcom mania and the long, subsequent crawl back by the sector has been accompanied by radical change.

Video above published Jul 20, 2017, by Bloomberg.com:  Bloomberg’s Max Chafkin discusses how Silicon Valley’s resistance to the Trump administration has faded. He speaks with Emily Chang on “Bloomberg Technology.”


Video above published Jul 18, 2017, by WSJ.com: As the U.S. tries to curb the selling of military drones overseas, China is filling the void, expanding sales of the advanced weaponry in the Middle East and Africa.

4)  Amazon $AMZN: Amazon spent $3.2 million in second quarter on Washington lobbying effort | Reuters.com and FTC probing allegations of Amazon's deceptive discounting | Reuters.com  and Amazon Makes A Move On Facebook | SeekingAlpha.com: "It is also looking to build a messaging app which will directly challenge the dominance of Facebook Messenger and WhatsApp."

5)  Oculus Rift Is Dead in the Water | MIT TechnologyReview.com--Facebook acquired Oculus for $2 billion in 2014.

6) FANG--Facebook (FB), Amazon (AMZN), Netflix (NFLX), Google (Alphabet: GOOG, GOOGL)--Ranked By Strength Of Competitive Advantage: "If we take price into account, there is only one FANG I'd want"--$GOOG, $GOOGL--SeekingAlpha.com