Not a good week for Bitcoin and other Cryptocurrencies:
However, the news wasn't all bad--Japan's FSA gives official endorsement to 11 cryptocurrency exchanges | Reuters.com. 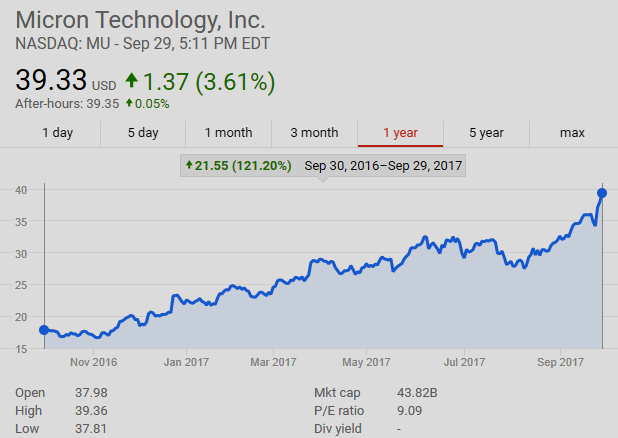 Why Hurricanes Won't Force the Fed to Ditch a December Rate Hike | TheStreet.com: This year's third rate hike may be followed by three more in 2018, the Federal Reserve has indicated. Fed Chair Janet Yellen: "Growth will likely bounce back as activity resumes and rebuilding gets under way."  The likelihood of further hikes is good news for banks from JPMorgan Chase & Co. $JPM (NYSE: JPM) to Citigroup Inc. $C (NYSE:C), which often boost margins by passing increases on to borrowers more quickly than to the depositors whose money is used to fund loans.

U.S. [Trump's WTO rep] shocks WTO with a novel take on trade dispute rules | Reuters.com: “I think it’s the first time somebody said you need positive consensus. It means that any member can block the whole thing" said one trade diplomat who was in the meeting. “It’s power politics,” said another.

The Media Has A Probability Problem | FiveThirtyEight.com--by Nate Silver: "The media keeps misinterpreting data ... the media has often overestimated the precision of polling, cherry-picked data and portrayed elections as sure things when that conclusion very much wasn’t supported by polls or other empirical evidence ... documented throughout this series, polls and other data did not support the exceptionally high degree of confidence that news organizations such as The New York Times regularly expressed about Hillary Clinton’s chances. (We’ve been using the [New York] Times as our case study ... because their 2016 coverage had so many problems.) ... Probably the most important problem with 2016 coverage was confirmation bias — coupled with what you might call good old-fashioned liberal media bias ..."

Yet another major Russia story falls apart. Is skepticism permissible yet? https://t.co/fKgEV9S9te by @ggreenwald
— The Intercept (@theintercept) September 28, 2017