What Will Cause The Next Recession - Michelle Meyer On Elevated Risks

Bank of America's Head of U.S. Economics Michelle Meyer predicts a slower global economy in 2019 compared to last year, especially China, which is likely to have some impact on the United States. But despite the risks being higher, the economic data shows an imminent recession is not in the cards. She also explains why wages have improved, "The labor market is tight," she says. And it's not just for high-skilled workers, but for lower income jobs as well. 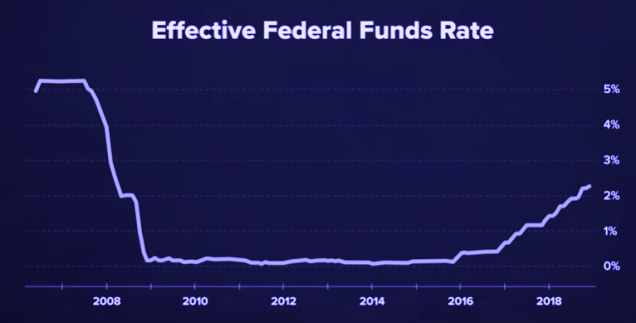 CNBC video above published Jan 14, 2019: Chief economist of Moody's Analytics Mark Zandi says the $1.5 trillion of outstanding student loan debt has created a 'crisis' for young Americans. It's part of the reason millennials are waiting longer to start families, buy houses, and launch businesses. It might also lead to the end of the US economy's 'virtuous' cycle in 2020. To solve the problem, he suggests shifting focus from providing student loans to increasing the supply of education options – including trade schools, online learning, and community colleges. Editor's note: Mark Zandi, chief economist for Moody’s Analytics, hasn’t contributed to any Republican “for any federal office since 2008” and was an “Obama adviser and Clinton donor.” 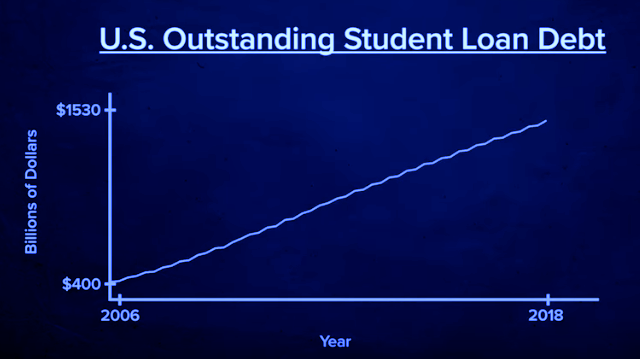 
Editor's note: post originally published under title What Will Cause the Next Recession? Michelle Meyer & Mark Zandi (video).