Tech Review | How Uber Is Preparing For Its $UBER IPO (video)

1) How Uber Is Preparing For Its $UBER IPO

Uber CEO Dara Khosrowshahi says Uber is on track to go public later this year, a move that could make it the biggest IPO of 2019.  WSJ.com’s Jason Bellini breaks down five ways Uber is preparing itself for its market debut. WSJ.com video above published 2 Apr 2019.

2) Undersea Cables Carry 99% Of Transoceanic Data
Despite their high cost and other challenges, modern undersea cables transmit data much faster and cheaper than satellites.The Cable That First United The World:

The dawn of instant global communication can be traced back to entrepreneur Cyrus West Field and his long-shot experiment to link the United States and Europe by telegraph in the 1850s. Bloomberg.com video above published Apr 16, 2019. 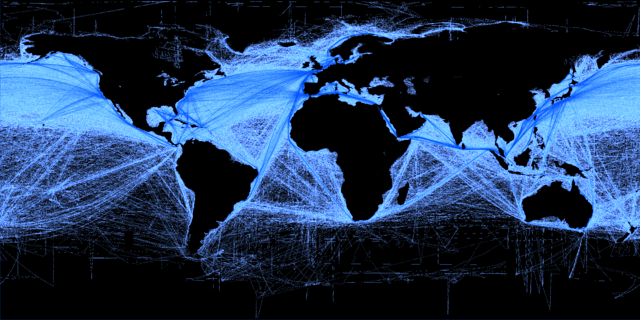 US economy grows by +3.2% in the first quarter, topping expectations--cnbc.com.


Germany, Europe’s largest economy, cut its forecast for 2019 growth in half, to just 0.5%, the slowest annual growth rate since 2013, when the euro zone was still trying to pull itself out of a sovereign debt crisis. Last year, German GDP rose by 1.4%.--qz.com

Threat of Contagion to Eurozone from Spanish Banks’ Huge Bet on Emerging Markets to flee the consequences of euro debt crisis.--wolfstreet.com.


Italy's economy is one of the biggest downside risks to the global financial system and could spell disaster for Europe--businessinsider.com.

The media exaggerates negative news. This distortion has consequences--theguardian.com:  "Far from being better informed, heavy newswatchers can become miscalibrated. They worry more about crime, even when rates are falling, and sometimes they part company with reality altogether."

Apple said Qualcomm’s tech was 'no good' in legal pleadings, but in private communications Apple said Qualcomm's tech was ‘the best.’--washingtonpost.com: “It potentially reveals that Apple was engaging in a bad faith argument both in front of antitrust enforcers as well as the legal courts about the actual value and nature of Qualcomm’s patented innovation”--Adam Mossoff, a law professor at George Mason University and director of the Center for the Protection of Intellectual Property.

Apple spends more than $30 million on Amazon’s cloud every month, making it one of the biggest AWS customers--cnbc.com.

Huawei funded by Chinese state security according to a report published last week in The Times | thetimes.co.uk: the CIA accused Huawei of receiving funding from China’s National Security Commission, the People’s Liberation Army and a third branch of the Chinese state intelligence network.

AT&T: SeekingAlpha.com: "... tackling debt by selling off assets ... The yield is still over 6.3% ... the stock has had no growth in a decade, [but] that could change with WarnerMedia" [Editor's note: or perhaps not. AT&T Inc’s Q1 2019 revenue fell short of Wall Street estimates, losing subscribers in nearly all its businesses except wireless where it used aggressive price promotions. AT&T lost a net 544,000 premium TV subscribers, a category that includes DirecTV satellite and U-verse television customers. Analysts had expected a loss of 385,000 customers across DirecTV and U-verse, according to FactSet.com.]

Japan’s Softbank Group Corp to invest $1 billion in Wirecard via a convertible bond deal that may provide it a 5.6 percent stake in the German digital payments company.

The Streaming Wars: The Market Guide--seekingalpha.com.

Personal tech: feel trapped in Apple's ecosystem? Apple isn't the only one with an expansive ecosystem of products, services, and software--zdnet.com.