Video above published Sep 14, 2017, by L2inc.com which noted that "We screwed up the calculation of Jack Dorsey's shares based on different classes of stock. The correct percentage is closer to 18%. We apologize for the error and will be more diligent in the future." 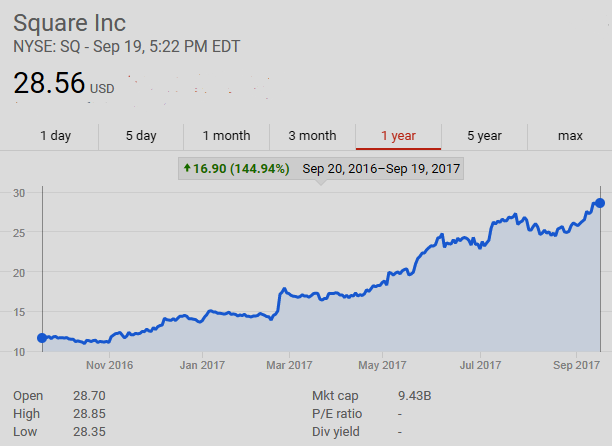 (1:07) Source: “Amazon Is Promising NFL Advertisers It Will Track Whether Their Ads Get People To Buy Things On Amazon,” Business Insider, September 2017. http://read.bi/2vQHmhO