Alphabet $GOOGL, Amazon $AMZN, Apple $AAPL, Facebook $FB, Microsoft $MSFT--the five most valuable companies in the U.S. They've been called the Big Five or the Frightful Five and a few other names. Bloomberg QuickTake looks at how these tech companies have developed their huge market shares. Is it time to break them up? Bloomberg.com video by Henry Baker and Madeline Quinn published Feb 28, 2018.

The Week: S&P 500 broke above its 50-day moving average in intraday trading on Friday. 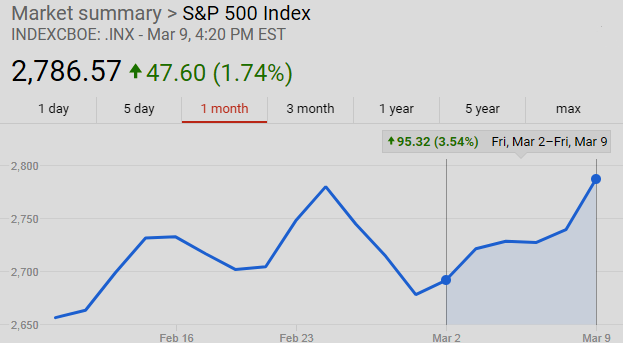 From the Reuters.com feed: