Why world's richest tech companies are facing a 'tech-lash'

Financial Times (ft.com) video above published Mar 12, 2018: The world's richest tech firms like Amazon, Apple and Facebook are able to store their vast wealth in overseas tax havens, one reason that most Americans believing they need more regulation 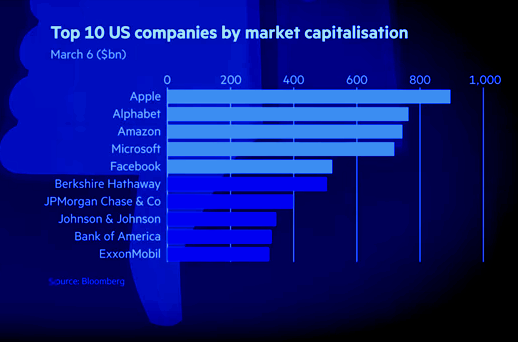 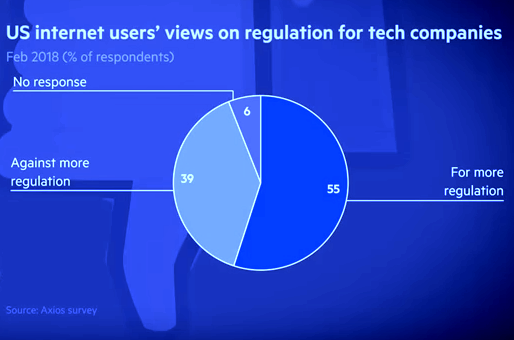 See: Facebook failing, Zuckerberg and Sandberg absent--"Facebook is facing its biggest test ever -- and its lack of leadership could sink the company"--CNBC.com: "Facebook's reaction to a year of scandal has vacillated between defensive cluelessness and aloof silence. Users are getting the message that information they post on Facebook can be used in ways they did not intend, and usage is starting to decline. Meanwhile, executives are selling shares like crazy, including a plan by Mark Zuckerberg to sell almost $13 billion worth of shares by mid-2019."

See also: The techlash against Amazon, Facebook and Google—and what they can do - A memo to big tech | economist.com

Facebook COO Sheryl Sandberg said she believes people’s uncertainty about what effect tech companies might have on their lives is what’s driving the techlash: https://t.co/HMJEohbNHA pic.twitter.com/Die11XMuvr
— Recode (@Recode) March 8, 2018

Social networks may have to reveal how they target users with ads. #techlashhttps://t.co/6fj2ZXqaZ5
— Social Media Lab (@SMLabTO) March 8, 2018

If we want the public to support tech the internet must work for society - @matthewsgould @DCMS warns of a #techlash #ImpactAwards @DigitalAgenda_ #techforgood pic.twitter.com/0DPIk1NzEe
— Ben Brabyn (@BenBrabyn) March 7, 2018