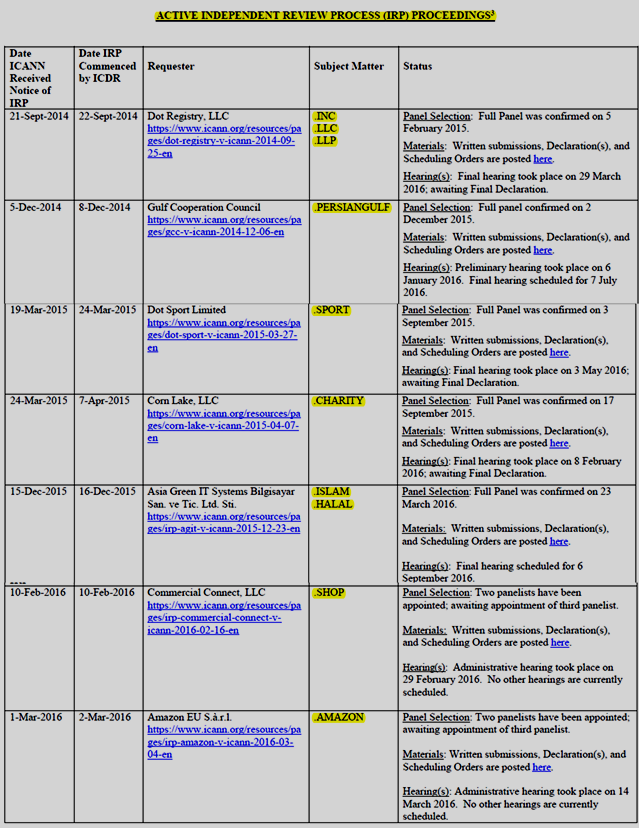 According to ICANN, the Independent Review Process (IRP) "is a process by which any person materially affected by a decision or action by the Board that he or she asserts is inconsistent with the Articles of Incorporation or Bylaws may submit a request for independent review of that decision or action. (See Bylaws, Art. IV, § 3.) In order to be materially affected, the person must suffer injury or harm that is directly and causally connected to the Board's alleged violation of the Bylaws or the Articles of Incorporation, and not as a result of third parties acting in line with the Board's action."

In addition, there are pending Cooperative Engagement Processes (CEP):


Further info is available at: