Wall Street Journal (wsj.com) video above published Jun 14, 2018: From AT&T and Time Warner to the hot pursuit of 21st Century Fox and Sky, media mergers are in full swing. Why now? WSJ's Amol Sharma answers all your questions about the forces driving media deals.


Is the Media Sector Evolving or Devolving?" | inflectioncapital.co: "The media sector is at an existential crossroads. Its content is going direct to the consumer and traditional distributors like cable and satellite will be bypassed. Savings from cutting out distributors will be passed on to the consumer and video content choice should rise, allowing consumers to watch more TV shows and films. Consequently, audiences will continue to splinter and it will become more costly to attract an audience; industry revenue growth and margins will both deteriorate. 21st Century Fox and Disney have taken steps to produce more value for shareholders. However, that value will likely accumulate only at a low-double-digit annual rate. For the remainder of media, value is likely to fall as the companies don’t have a strategy to resolve their legacy dependencies. The tech and telecom titans (AT&T, Apple, Amazon, etc.) that already have adjacent media business will likely only accumulate value from their core businesses, not from their media assets. This is because video packaging and distribution is becoming a profitless business—unless one has massive global scale. Additionally, there is little way for the other tech and telecom titans to buy Discovery, Viacom, AMC Networks, etc. and create meaningful shareholder value. All the needle-moving assets are now taken. In contrast, Netflix has reached such a large scale in subscribers and content-acquisition capability that its market value is likely to accumulate at a rate faster than low double digits." (emphasis added) [Editor's note: for more, read the White Paper (pdf).] 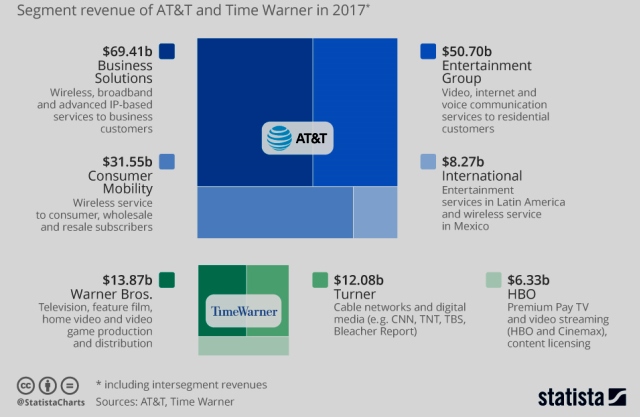 
“Underlying breadth points to an eventual new high in price for the S&P 500,” wrote Bespoke Investment Group, in a report cited by Raymond James. The “long-term uptrend channels are still in place.”--Improving market breadth could indicate stock strength ahead | MarketWatch.com 18 June 2018.

"... the stock market - particularly big-tech ... Every dip is met by a wall of buying, ramping the market ever higher ..."--This Is The Greatest Short-Squeeze In History | ZeroHedge.com 20 June 2018.

There are 150K-200K car fires per annum. You take one event & an emotional statement of an actress & turn it into a statement about the safety of @Tesla. And this is 2018.

I am blocking any commentator who doesn't get it. In this and other similar situations. Finito.
— Nassim Nicholas Taleb (@nntaleb) June 17, 2018

On Monday Elon Musk showed off Tesla's newest production line and predicted that those who have shorted $TSLA “have about three weeks before their short position explodes.” But note the report out Friday, June 22, 2018: Exclusive: Tesla to close a dozen solar facilities in nine states--Reuters.com.