Loser: Unsustainable internet companies. Pureplays like Wayfair (domain: wayfair.com) and Blue Apron (domain: blueapron.com) are getting Amazon-like valuations without a critical component: a business that works.

Loser: The smartphone generation. Three-quarters of American teens own iPhones (domain: apple.com/iphone), and the devices are making them more lonely -- but also less likely to do drugs. 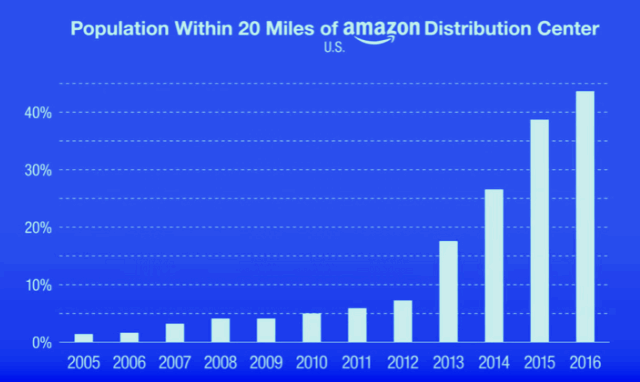 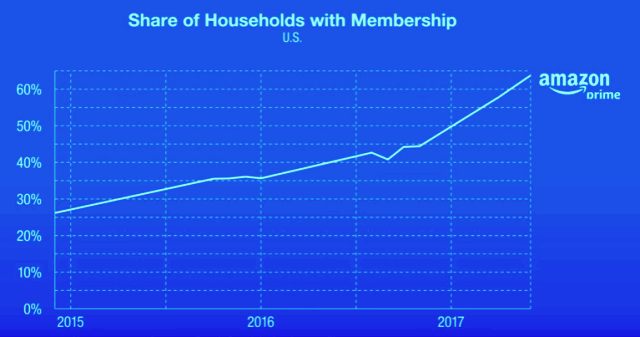 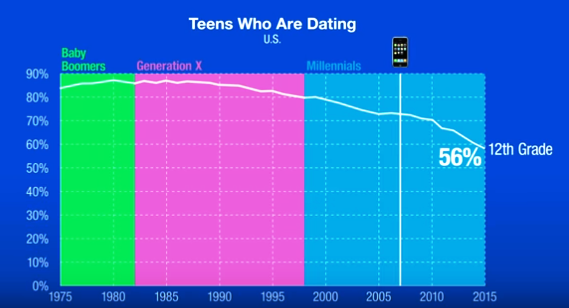 
Transcript via YouTube.com:
0:00  A loser: unsustainable Internet companies. Wayfair, Blue Apron and Birchbox are the
0:08  latest that have no sustainable strategy. These peer players are getting Amazon
0:12  like valuations without a critical component. That is a business that works,
0:18  or some sort of moat, that makes their companies scalable. For example,
0:22  warehouses within 20 miles of 45% of the population, or an incredibly robust
0:28  loyalty program with 58% of American households- yes, we're talking about
0:32  Prime. Wayfair's on track to double William Sonoma's eCommerce sales by 2019. Selling
0:38  low-priced items, they're competing with Amazon, which bids on 43,000 of the same
0:44  keywords. However, Amazon's cash won't run out. Meanwhile, Wayfair spending is
0:49  unsustainable. The company currently has more liabilities than assets. In exchange
0:54  for that massive spend, it's garnered no customer loyalty, even though the company
0:58  spent 72 million dollars on TV ads in 2016, and is slated to spend 90
1:04  million this year. Just 9 percent of search traffic comes from the master
1:08  brand term, compared to 30 to 50 percent from Williams-Sonoma brands. And they're
1:13  losing 60% of their customer base each year. By the way, the best proxy for brand
1:18  equity: look at the percentage of traffic garnered from key term brand searches.
1:23  Millward Brown and Ipsos: those businesses are going away. Blue Apron has a similar
1:28  story. In Q1 they lost 52 million on revenue of 245 million. The company has
1:34  an enormous acquisition cost; it spent four hundred and sixty dollars for each
1:38  new customer in 2016. Despite all those new users, Blue Apron's
1:43  revenue growth has been flat since Q1 of 2015. Their IPO down round was likely
1:48  the nail in the coffin. What Wall Street doesn't get? Paying high cost of customer
1:53  acquisition and investing insane amounts in fulfillment doesn't work when you
1:58  have 60 percent customer churn. At some point, like we saw with flash sites, there
2:03  will be a major correction in the marketplace. My advice to these companies?
2:07  While the market is drunk and asleep, grab its wallet and buy a real business,
2:13  as it will wake up, and it will be sober and irritable. A continued loser: the
2:19  brand industrial complex. The new startup, Brandless, competes with Amazon by
2:23  borrowing another of the Seattle giant's strategies: Private Label. And more
2:27  accurately: no label. But then again, if Brandless becomes popular, isn't Brandless
2:31  a brand? Mind blown. Brandless sells generic household items
2:36  from toothpaste to olive oil for just three dollars: yet another signal of the
2:40  death of the industrial brand complex, and is indicative of what is happening
2:44  in the larger consumer economy. Normally during a recession private label brands
2:49  take a larger share of CPG sales, as people are trying to save money and
2:53  don't want to pay more for the better known brand. During the recovery, however,
2:57  big CPG brands are able to use the normal levers of traditional advertising
3:02  and caps etc., they convince consumers to pay up for the premium brand. But things
3:08  are different now. There's been a structural shift, and despite a
3:11  recovery in the economy, private label sales continue to grow. We have entered a
3:16  new era; the sun has passed midday on brand building. A loser: the smartphone
3:22  generation. Three in four American teens now owns an iPhone. The impact? It's
3:28  making them more lonely. The data is clear: since the release of the iPhone,
3:32  the world has changed for American teens. Among other things, just 56 percent of
3:37  high school seniors in 2015 went on dates in contrast 85 percent of
3:43  Boomers and Gen Xers. To be fair, it's not all bad news.
3:47  Teens may be replacing drugs with their iPhones. Usage of illicit drugs, other
3:52  than weed, has fallen among eighth, tenth, and twelfth graders, to its lowest point
3:57  in 40 years. So teens are lonely, single, and addicted
4:01  to their smartphones, but not doing drugs. Progress? Maybe. My sons are getting their
4:07  first smartphones, and I told them they could have any ringtone, as long as it
4:12  was the sound of a tree falling in the forest or one hand clapping. In addition,
4:16  my smartphone is broken. Every time I use the home button, I find I'm still with
4:21  people I hate.