What Will It Take For A Stock Market Crash? (video)

What will it take for markets to crash?

Video above published Aug 18, 2017, by FT.com: As the US stock market gets into its eighth year of gains, and with global markets caught up in a bull market for stocks and other assets, the FT.com's Dan McCrum says the big question is, what will make markets crash and when will it happen? See also: Stock Market Warning Siren is Blaring | WolfStreet.com Aug 12, 2017. 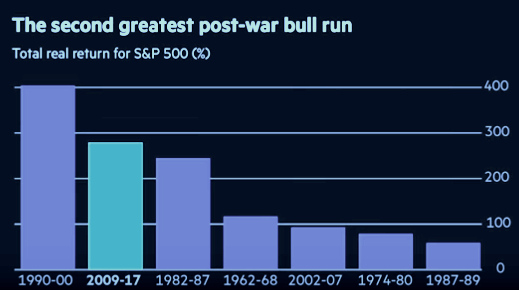 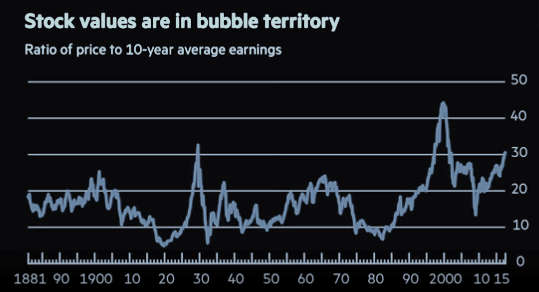 But note Professor Shiller's take:
Mass Psychology Supports the Pricey Stock Market | NYTimes.com by Robert J. Shiller, Sterling Professor of Economics at Yale, 15 Sep 2017: "... current valuations make the market vulnerable. But it took more than high valuation numbers to precipitate those ugly declines in the past. The other ingredient was mass psychology ... where are we today? Mass psychology appears to be in a different, calmer place. Investors do not seem to have the concern they had in 1929 or 2000 that other investors might suddenly sell their holdings and get out of the stock market ... Why people are so calm about the high-priced market is a bit of a mystery. On this, I can only speculate ... I don’t really know. But the result is that while valuations remain very high there just doesn’t seem to be much evidence that many investors in the United States stock market are actively worrying today that other investors are on the verge of selling. Mass opinions may well change, but for now, in the critical psychological dimension, the stock market does not closely resemble the market in the dangerous years of 1929 or 2000. That doesn’t mean that there is no danger of a crash. But at the moment, the psychological preconditions for a spiraling downturn don’t appear to be in place. 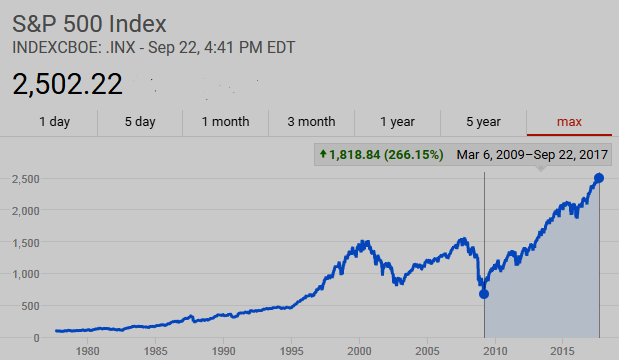 The 2008 Financial Crisis: Explaining the Start

Video above published Aug 16, 2017, by WSJ.com: August 2007 marked the beginning of worst financial crisis since the great depression. A decade later, WSJ's finance and banking editors break down the events that led to the 2008 financial crisis. 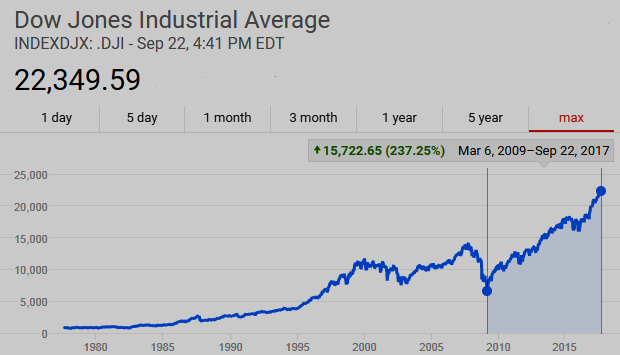