1. China Cyber Sovereignty vs ICANN Multistakeholderism: What's Next for ICANN in the Absence of U.S. Oversight? An Interview With Kal Raustiala* | Council on Foreign Relations - Net Politics | cfr.org, excerpts:

Q: One central criticism of the multistakeholder model is that it isn’t representative enough ..." How do you respond?


"There is no question there are inequities in participation ..."

Q: Do you think that China’s concept of cyber sovereignty is incompatible with the multistakeholder model? What are the implications?


"... For China, which isn’t a fan of private actor input in almost any decision making, the ICANN model is a problem."

*Kal Raustiala is a Professor of Law at UCLA, and Director of the UCLA Ronald W. Burkle Center for International Relations.

Question: "... So the easy one that surprisingly came up first and everybody but a few people asked, it’s been coming up today as well many times, why can nobody ever find anything on ICANN websites other than by Googling sometimes but no search function, there is no organization. It’s impossible to find anything. Why don’t you hire a librarian to sort it out? 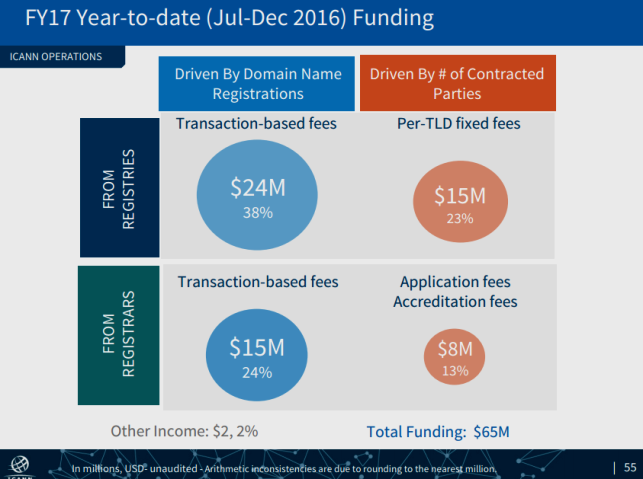 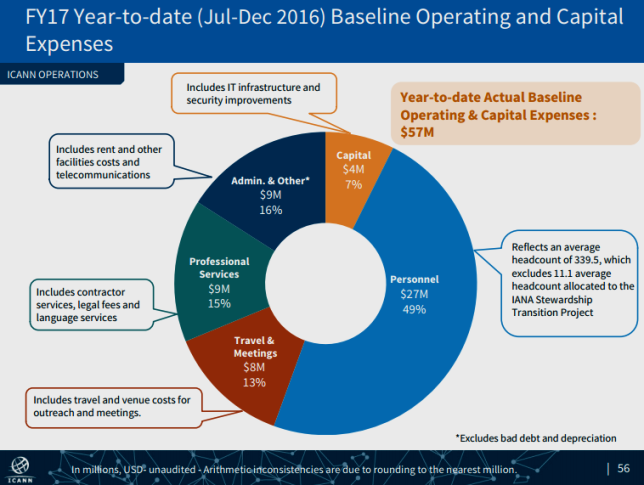 4.  A class action suit has been filed against registry services and technology provider Neustar, Inc. ("Neustar"), [NYSE: NSR | domain: Neustar.biz]--MarketWatch.com--Rigrodsky & Long, P.A. announced it had filed a class action complaint in the United States District Court for the District of Delaware on behalf of shareholders of Neustar in connection with the proposed acquisition of Neustar by Golden Gate Capital and its affiliates (collectively, "Golden Gate") announced on December 14, 2016. The Complaint alleges violations of the Securities Exchange Act of 1934 against Neustar, its Board of Directors, and Golden Gate, and is captioned Parshall v. Neustar, Inc., Case No. 1:17-cv-00060-LPS (D. Del.). More information at MarketWatch link above.

9. The Problem with "The Seven Keys" | ICANN.org: "From time to time, articles are published about "the seven people who control the keys to the Internet.” These articles, while probably well-intentioned, are completely incorrect. Let’s be absolutely clear: there are no keys that cause the Internet to function (or not to function) ..." Read more at the link above.


"... At the recent ITU World Telecommunications Standardisation Assembly (WTSA) held in Tunisia in November 2016 DOA dominated much of the discussion. It placed those countries that support the initiatives being pursued within the ITU (referred to above) in direct opposition to those who are currently fiercely opposed to that approach from both technical and political perspectives ... Although the subject of much discussion, both from a technical and political standpoint, there is clear evidence that in many cases there is a lack of understanding of what DOA really represents. Some people even speak of DOA as a replacement DNS, which it certainly is not ... The ISPCP bring this issue the attention of the ICANN Board with a request that the Board considers how best to work with its involved stakeholders and the technical community to raise awareness of DOA and ensure that the community has a true, factual understanding of the situation and its relationship to ICANN ..."

ITEM 3. LEGAL PROCEEDINGS:
On January 18, 2017, the Company received a Civil Investigative Demand (“CID”) from the Antitrust Division of the United States Department of Justice requesting certain material related to the Company becoming the registry operator for the .web gTLD. We are in the process of responding to the CID. It is not possible at this time to estimate a range of potential financial and non-financial outcomes in connection with this matter.


15. One of ICANN's many stupid ideas gets nixed at the public comments stage:
Report of Public Comments | Identifier Technology Health Indicators: Definition | ICANN.org: "... several expressed concerns over the proposed use of Latin-like medical-based terminology [Datamalgia, Abusitis, Magnitudalgia, Perfluoism, Datafallaxopathy] to identify Internet health conditions. Since this feedback was so clear, ICANN is dropping the Latin terminology as the project goes forward." For background read: News Review: ICANN Busy Proving IANA Transition Was A Terrible Mistake: "8. ICANN is this a joke OR is ICANN the joke? ..." (01 Jan 2017).

16.  3 most popular posts (# of pageviews Sun-Sat) this past week on DomainMondo.com: