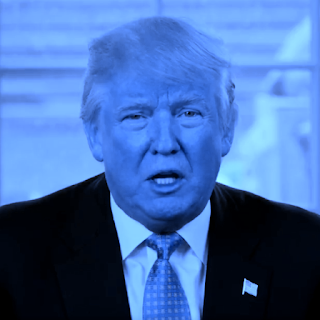 •  The five stages of loss are denial, anger, bargaining, depression, and acceptance.

•  Russian Agents Are Not Behind Every Piece of Fake News You See: The Washington Post's Russian propaganda story has dubious sources, little evidence to back up the data, too general claims that describe how internet news spread in general.--Fortune.com. In other words, the Washington Post (owned by Amazon.com's Jeff Bezos) is publishing Fake News in its effort to combat Fake News.

•  Let’s get real. Facebook is not to blame for Trump. | Recode.net: "This comes down to two very important concepts that our society has been turning its back on, in the age of social media: Confirmation bias and epistemology."

•  However, Facebook and Twitter as platforms did affect the election's outcome: the winning candidate was not just willing, but eager to break with traditional models of campaigning. His team invested in new ways of using the digital tools and platforms that have come to dominate the media landscape. Anyone who wants to defeat him in the future will have to do the same.--WIRED.com.

•  The Secret Agenda of a Facebook Quiz | NYTimes.com: "While Hillary Clinton spent more than $140 million on television spots, old-media experts scoffed at Trump’s lack of old-media ad buys. Instead, his campaign pumped its money into digital, especially Facebook. One day in August, it flooded the social network with 100,000 ad variations, so-called A/B testing on a biblical scale."

•  The traditional campaign is dead: “It’s hard to overstate and hard to summarize Jared’s [Jared Kushner, Trump's son-in-law] role in the campaign,” says billionaire Peter Thiel, the only significant Silicon Valley figure to publicly back Trump ... “Jared understood the online world in a way the traditional media folks didn’t. He managed to assemble a presidential campaign on a shoestring using new technology and won. That’s a big deal,” says [Eric] Schmidt, the Google billionaire. “Remember all those articles about how they had no money, no people, organizational structure? Well, they won, and Jared ran it.”"--Forbes.com.

Note:  FEC filings through mid-October, 2016, indicate Trump campaign total spending was only about half that of the Clinton campaign. Outresourced more than 2-to-1 in money raised, staffing, and spending, the Trump campaign nonetheless overcame the Clinton machine and establishment (MSM) media's incessant false narratives a/k/a 'fake news' (for more than a year) that Hillary was a shoo-in to be the next President, combined with a steady stream of MSM negative coverage on Trump from July-November, 2016. Clinton and the establishment MSM, and their pollsters, lost because they never saw nor understood the disruptive digital strategy of the Trump campaign that by-passed old media and traditional campaign methods, and instead, used social media to raise money and communicate directly with voters, reinforced by Reince Priebus's RNC ground game, all showcased by Trump's large and enthusiastic campaign rallies. Donald Trump, unlike desperate Hillary Clinton, never needed headliners like Jay Z & Beyoncé or Bruce Springsteen & Jon Bon Jovi, to draw a crowd.

•  Secretive brain trust of Silicon Valley insiders who are helping Trump: "... a tight-knit group of conservative and libertarian-leaning entrepreneurs who have long felt ostracized in Silicon Valley for their political views ... Many are excited to finally have a voice in government ... “The chance to influence the government is a huge opportunity,” said Jack Abraham, a serial entrepreneur who is executive director of the Thiel Fellowship."--WashingtonPost.com

•  #DrainTheSwamp: Obama techies in turmoil over sticking with Trump | POLITICO.com.


•  Future iPhone production in the U.S.: "Foxconn already has demonstrated a solution that could be applicable here in the U.S. - robots. Since September 2014, Foxconn has reportedly replaced 60,000 Chinese factory workers with robots."--SeekingAlpha.com

•  Backlash: Reddit.com CEO Huffman's decision to delete and alter comments on a pro-Trump thread amounts to censorship and threatens to destroy Reddit's credibility--NewStatesman.com

•  Welcome to Washington’s new normal | WashingtonPost.com: “People did elect change,” said Sam Nunberg, a former Trump adviser. “He is a novel character. We’ve never had a magnate — a successful entrepreneur and celebrity who understands the tabloids and media saturation, and who thrives off of it — elected. He’s going to be the most open president we’ve had in terms of engagement. He’s a people person.”

•  Google Pixel XL Long Term Review: "The most striking observation is how little I use Google Assistant ... Whilst Assistant impresses, it’s limited functionality puts you off from using it. Perhaps I’m just a pessimist, but when I want to perform an action, I assume Assistant won’t be able to do it. Which puts me off from asking. It’s the same with Amazon’s Alexa." --Forbes.com. See also Voice search creates vulnerability at heart of Google's business | Business Insider.com: "The problem with voice assistants is they don't have a screen on which to display ads. And analysts have noticed."

•  Google has lifted a controversial ban which wiped out the digital identities--Gmail accounts, access to photos, voicemails and files--of those consumers who used a tax loophole to profit from reselling their Pixel smartphones"--TechCrunch.com

•  Alibaba Cloud expands data centers as its steps up challenge to Amazon, Google, Microsoft: Dubai, Tokyo, Germany and Sydney, Australia. The number of Alibaba Cloud data centers outside of China will increase to eight. In each market, Alibaba Cloud formed joint ventures (JV) and partnerships. In Dubai, Alibaba has formed a JV with Meraas Holdings called YVOLV. In Germany, Alibaba partnered with Vodafone to open its first data center in Europe. In Japan, a JV with Softbank called SB Cloud Corporation was formed."--CNBC.com

•  Facebook will expand its presence in the U.K. by 50 percent in 2017, joining other U.S. technology firms [Google, Amazon, IBM, et al] in increasing investment in the U.K. despite any uncertainty due to "Brexit," the country's vote to leave the European Union. Facebook will hire 500 new staff members, adding to the 1,000 people it already employs in the U.K. Facebook will also open a new U.K. headquarters in London next year, as have other tech firms drawn by talent and the tech start-up scene.

•  Red Hat CEO Jim Whitehurst: "I’ve seen too many open source companies focus on “oh, isn’t this great technology, it can add a lot of value,” and maybe it can. But if you don’t have the unique business model that allows you to add value on top of the free functionality, in the end you’re going to fail. Just like every major airline has gone through bankruptcy."--Fortune.com

•   Nobody has real friends anymore | NYPost.com:  Brendesha Tynes — an expert on social media and adolescent development online and an associate professor of educational psychology at the USC Rossier School of Education — told The Post: “People who aren’t on social find other ways to communicate.”