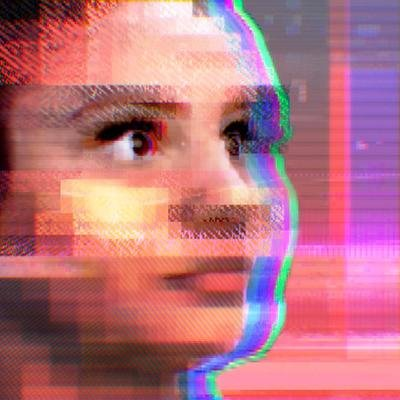 "As many of you know by now, on Wednesday [March 23, 2016] we launched a chatbot called Tay. We are deeply sorry for the unintended offensive and hurtful tweets from Tay, which do not represent who we are or what we stand for, nor how we designed Tay. Tay is now offline and we’ll look to bring Tay back only when we are confident we can better anticipate malicious intent that conflicts with our principles and values ... The logical place for us to engage with a massive group of users was Twitter. Unfortunately, in the first 24 hours of coming online, a coordinated attack by a subset of people exploited a vulnerability in Tay. Although we had prepared for many types of abuses of the system, we had made a critical oversight for this specific attack. As a result, Tay tweeted wildly inappropriate and reprehensible words and images. We take full responsibility for not seeing this possibility ahead of time. We will take this lesson forward as well as those from our experiences in China, Japan and the U.S. Right now, we are hard at work addressing the specific vulnerability that was exposed by the attack on Tay."--Learning from Tay’s introduction | blogs.microsoft.com


Tay was built to speak like a  teen girl and released as an experiment to improve Microsoft’s automated customer service. Instead, “she” turned into a complete PR disaster - within hours of being unleashed on Twitter, the “innocent teen” bot was transformed into a fascist, misogynistic, racist, pornographic entity. Her tweets, including phrases like “Heil Hitler”, were disseminated widely as an example of why Twitter reflects the worst of humanity ... This is an example of artificial intelligence at its very worst - and it’s only the beginning.

Human faces for #ChatBots are like skeuomorphism for apps... not sure if it's correct UX cc: @Microsoft @TayandYou @ZoChats pic.twitter.com/1kJa2oaIOi
— Leonel More 📌 (@leonelmore) December 26, 2016

The only person I know who died on twitter was @TayandYou. We miss you Tay, please come back.😔
— Dron Rathore (@heavenhackers) December 26, 2016

Read more about Tay on Wikipedia.org. See also: How will bots make money? Here are 7 business models | VentureBeat.com and The 200 billion dollar chatbot disruption | VentureBeat.com and, of course, Microsoft co-founder Bill Gates on dangers of artificial intelligence: ‘I don’t understand why some people are not concerned’ | The WashingtonPost.com  January 29, 2015.

•  FBI/DHS Joint Analysis Report: A Fatally Flawed Effort | Medium.com: "... It adds nothing to the call for evidence that the Russian government was responsible for hacking the DNC, the DCCC, the email accounts of Democratic party officials, or for delivering the content of those hacks to Wikileaks. It merely listed every threat group ever reported on by a commercial cybersecurity company ... and lumped them under the heading of Russian Intelligence Services (RIS) without providing any supporting evidence that such a connection exists ..." See also: Something About This Russia Story Stinks | RollingStone.com: "Nearly a decade and a half after the Iraq-WMD faceplant, the American press is again asked to co-sign a dubious intelligence assessment ... President Obama issued a terse statement seeming to blame Russia for the hack of the Democratic National Committee emails ...


"The problem with this story is that, like the Iraq-WMD mess, it takes place in the middle of a highly politicized environment during which the motives of all the relevant actors are suspect. Nothing quite adds up. If the American security agencies had smoking-gun evidence that the Russians had an organized campaign to derail the U.S. presidential election and deliver the White House to Trump, then expelling a few dozen diplomats after the election seems like an oddly weak and ill-timed response. Voices in both parties are saying this now."


"Combining the factors (12 x 1.8 x .24) gives us an estimate of how Alibaba's customers' mobile purchase behavior is close to 5 times higher than the mobile shopping behavior of consumers in the States. That is an incredible factor and outside of Alibaba's metrics, I could not find any source that corroborated or justified that multiple."--SeekingAlpha.com