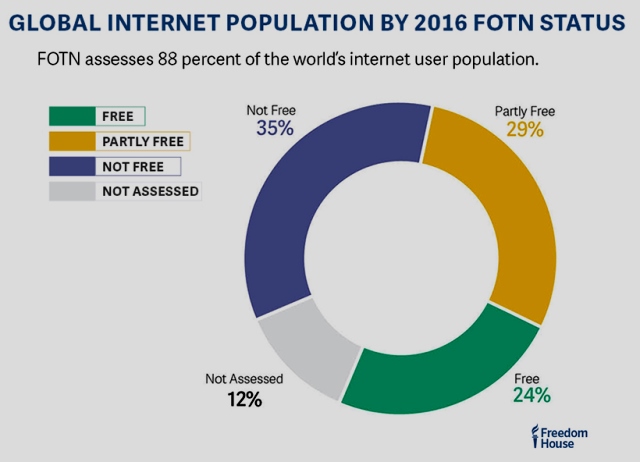 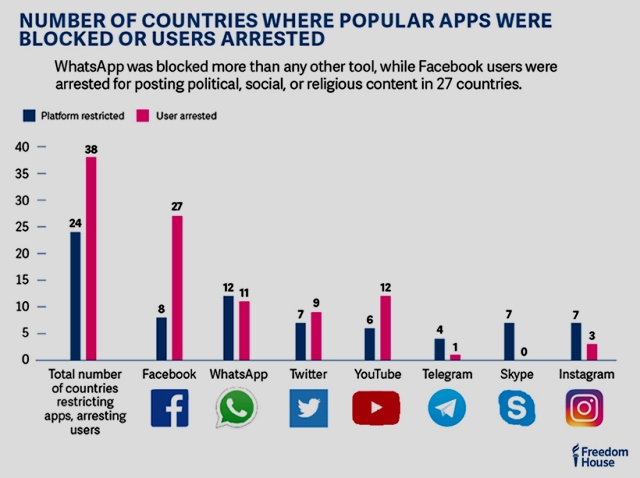 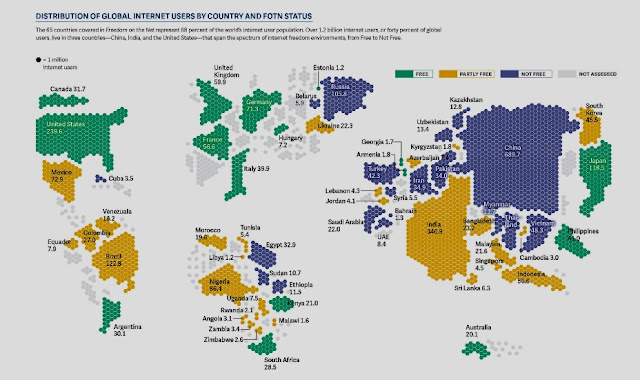 Source of graphics above: FreedomHouse.org

According to Freedom House, internet freedom has declined for the sixth consecutive year with more governments targeting social media and communication apps in order to inhibit anti-government protests and communications.

Among popular apps, WhatsApp is blocked in twelve countries while Facebook access has been cut off in eight, and Twitter is banned by seven nations. Users of these apps have been arrested for posting political, social or religious content. Facebook users have been arrested in 27 countries and Whatsapp users have been targeted by governments in eleven nations. The chart above shows the number of countries where the following apps are restricted/users were arrested in 2016.

Here's a rundown of recent articles documenting the decline in internet freedom worldwide:
Freedom on the Net 2016: Silencing the Messenger: Communication Apps Under Pressure (pdf):