Two Charts: VC Investment (US) and the $74 Trillion Global Economy


Though growth is slowing, the internet still is the sector most profiting from the influx of venture capital in the U.S. In the fourth quarter of 2016 a total of $4.5 billion spread across 461 deals were invested in this sector.


The World's $74 Trillion Global Economy in One Chart:

The latest GDP numbers from the World Bank were released February 1, 2017, and this visualization from HowMuch.net breaks them down to show each country's relative share of the global economy.

The full circle, known as a Voronoi Diagram, represents the entirety of the world's $74 trillion global economy in nominal terms. Meanwhile, each country’s segment is sized accordingly to their percentage of global GDP output. Continents are also grouped together and sorted by color. 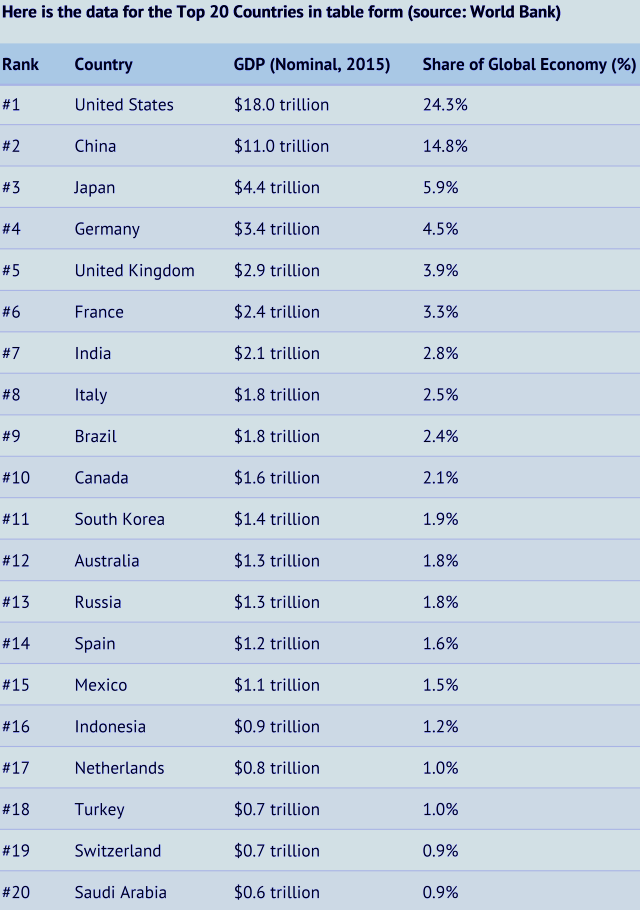