Published FT.com Nov 9, 2016: Donald Trump's victory in the US presidential election confounded pundits and pollsters and even some of his own supporters. The FT's Cardiff Garcia looks at what happened on election night. Filmed by Ben Marino and Gregory Bobillot. Edited by Paolo Pascual. Additional footage from Reuters.

2016 US Election Results: Republicans maintain control of the U.S. Senate & House of Representatives, and increase their number of State Governors according to RealClearPolitics.com: 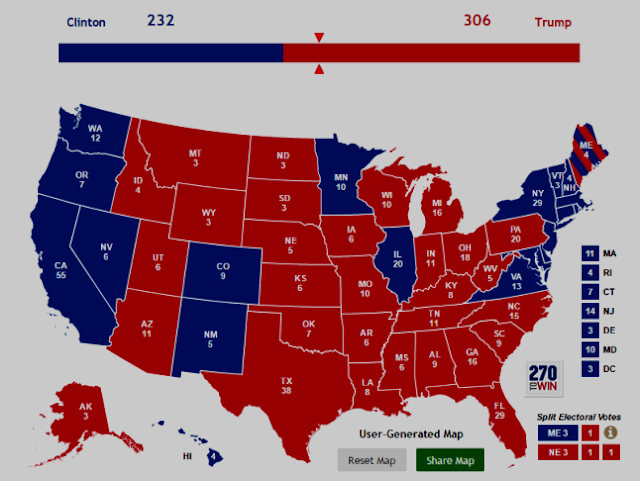 Published by FT.com Nov 9, 2016: Bradley Tusk, founder and CEO of Tusk Holdings, a consultancy in lobbying for tech companies, talks to FT Alphaville's Izabella Kaminska about how the establishment's inability to step outside its echo chamber contributed to Donald Trump's victory.

Where now for markets:

Published by FT.com Nov 9, 2016: The FT.com's Roger Blitz explains how markets are reacting to a Donald Trump presidency.