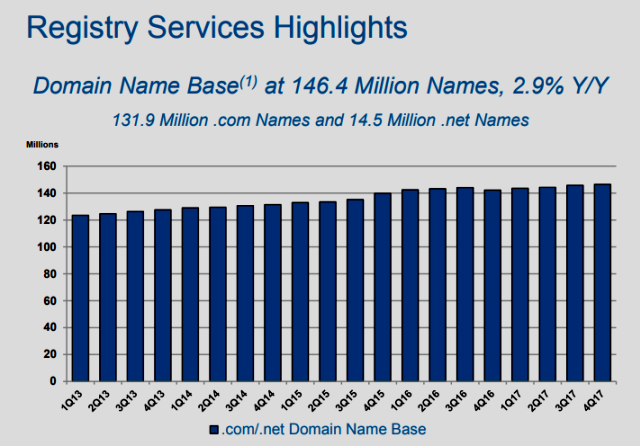 Editor's note: .NET is continuing its decline in registrations (losing 500,000 registrations QoQ to end at 14.5 million end of Q4), but more than offset by gains in .COM registrations (131.9 million at end of Q4, up from 130.8 Million at the end of Q3). No 2018 guidance based upon .WEB and whether it will even launch in 2018 (timing is dependent on ICANN). No news whether NTIA will extend the Cooperative Agreement (with reference to .COM) beyond Nov 30, 2018.

The Top 20 Tech Companies by Revenue Per Employee: 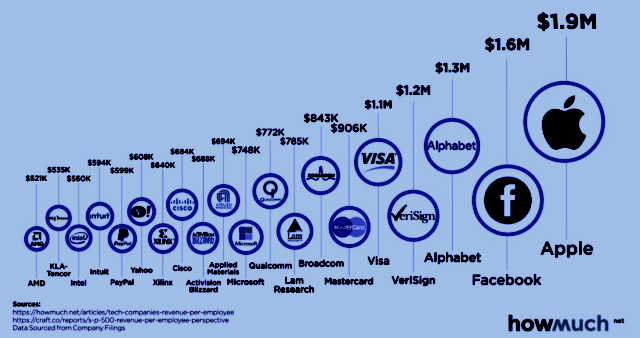 About Verisign:
Verisign ensures the security, stability and resiliency of key internet infrastructure and services, including .com and .net domains and two of the internet's root servers, as well as performs the root zone maintainer function for the core of the internet's Domain Name System (DNS). Verisign's Security Services include Distributed Denial of Service Protection and Managed DNS. (source: Verisign.com).