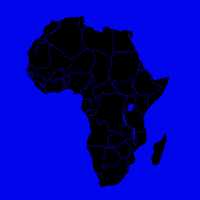 
"ZACR seeks to intervene pursuant to Fed. R. Civ. P. 24(a), or alternatively, under Fed. R. Civ. P. 24(b), as a defendant to the Ninth and Tenth causes of action to enforce its right to .Africa. Intervention is proper because ZACR has an interest in the Registry Agreement which may be impaired or impeded by the disposition of this action and ZACR’s interest is not adequately represented by the existing parties." --ZACR's Memorandum of Points and Authorities (pdf)

Dismissed defendant, ZA Central Registry, which filed an interlocutory appeal, has now filed its opening brief (embed below), and has also filed a motion to intervene as a party:
The DotConnectAfrica Trust answering brief is due August 19, 2016. The optional reply brief is due September 9, 2016.  Meanwhile the U.S. District Court has assigned the case to a 10-12 day jury trial beginning February 28, 2017. See Scheduling Order (pdf).

See also: ICANN and Dot AFRICA: Dismissed Party ZACR Files Notice of Appeal | DomainMondo.com and the history and background of this case at .africa | Wikipedia.org.


Memorandum of Points and Authorities in support of ZACR's motion to intervene: