Apple's latest bid to crack India's smartphone market is meeting fierce resistance. The company wants permission to import and sell second-hand iPhones because its previous campaigns have been hit by tight regulations and the relative expense of its devices due to low incomes. Bloomberg's Edwin Chan reports on "First Up." Published April 4, 2016

Note: Apple's Push to Flood India With Used iPhones Ignites Backlash - Bloomberg: "Apple now has less than 2 percent of an Indian market in which four-fifths of phones cost less than $150. Branded smartphones are available for as little as $35 in India. Western multinationals from car-makers to soda vendors use “India only” prices and cut-rate “India edition” products to woo customers. Apple can’t employ those strategies without tarnishing its marquee phone’s premium aura." UPDATE May 3, 2016: Bloomberg reporting India has rejected Apple Inc.’s request to import and sell refurbished iPhones to the world’s second largest mobile population. 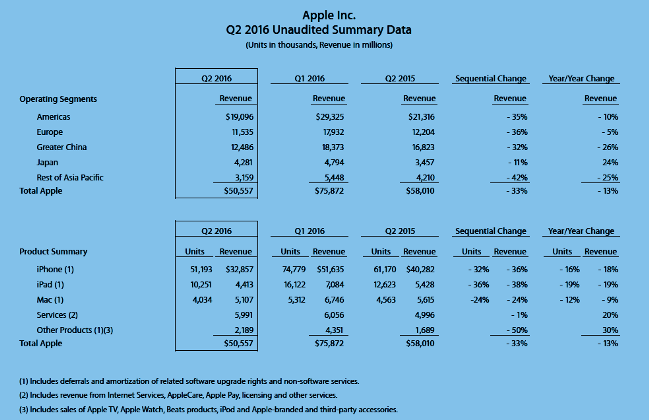 Apple Forecasts Second Sales Drop as iPhone Woes Deepen - Bloomberg: "Apple Inc.’s smartphone woes are deepening. The company posted its first quarterly revenue drop in more than a decade and forecast another decline in the current period, dragged down by waning demand for the iPhone as fewer users race to snap up the latest version of the device. Shares fell as much as 8.3 percent in extended trading. Chief Financial Officer Luca Maestri said demand has fallen off since the debut of the larger-screen iPhone 6 and 6 Plus, which led customers to upgrade more quickly. “Last year we had a very strong iPhone upgrade cycle.”"

This Is The Biggest Threat To Apple's iPhone - Forbes: "... analyst, Walter Piecyk, cut his revenue and EPS estimates on the company last week due to concerns that the iPhone replacement cycle is lengthening. UBS analyst, Steve Milunovich, brought up the same concern in a March 14 report ... I believe that an elongation of the iPhone replacement cycle is the biggest threat to the iPhone’s financial returns." See also: Apple Stores See Shrinking Share of iPhone Sales - WSJ: "More U.S. consumers are buying iPhones from third-party retailers instead of directly from Apple Inc., according to a new report, a shift that could cut into the tech giant’s wide profit margins. Consumer Intelligence Research Partners said 11% of U.S. iPhone buyers purchased phones directly from Apple in 2015, down from 16% two years earlier. Over the same period, the share of U.S. iPhones bought at stores and websites operated by wireless carriers rose to 76% from 65%. The remaining phones were purchased from other retailers, such as Best Buy Co. That shift is generally bad news for Apple ..."